We are Peter and Jacqueline Bijland. 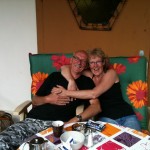 We already had plans years ago to make a complete life change and give our lives a new direction.  It quickly became very obvious that Germany was the country where we wanted to make our dream come true by running our own Pension and  in particular in the nature reserve of The Harz.
At the end of 2011, after a long search, we found our ‘palace’ and were bold enough to take the plunge. All arrangements were made in February 2012 and we then moved from The Netherlands to here. 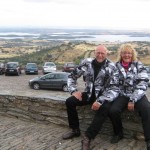 After nearly three months of major renovations,  we opened the door for our guests on May 7. 2012. We already welcomed a lot of guests since we opened Pension der Tourstop and we now also take care of  (birthday-) parties, Treffens of motorcycle-clubs and meetings of several walking- and cycling-associations.